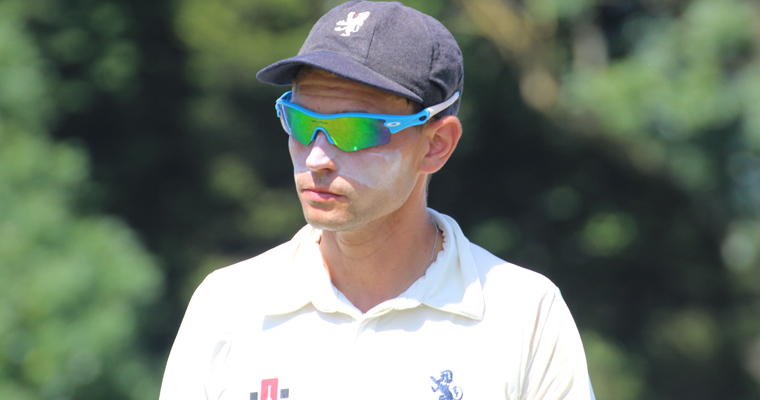 The visitors outplayed Suffolk, who now sit bottom of the table, from start to finish in the first-ever three-day fixture to be played at Woolpit CC.

Tom New and Freddie Fairey also scored half centuries, while Leicestershire all-rounder George Rhodes took three wickets on his Suffolk debut, but they came at a cost of 142 runs.

Brett Stolworthy returned figures of 15.3-7-25-5 as Suffolk were then bowled out for just 125 in 47.3 overs in their reply, Alex Oxley top-scoring with 38 off 117 deliveries, and skipper Jack Beaumont being unbeaten on 33.

Norfolk then turned the screw, Arthurton (113 off 168 balls) and Ethan Metcalf (106 off 164) compiling an unbroken opening partnership of 224 in 55 overs to enable them to declare.

That left Suffolk, who had lost all-rounder Ben Claydon to Covid after their first innings, requiring 501 to win and they were dismissed second time round for 214 just after lunch on day three.

Rhodes made 45, Ben Parker 41, Andy Northcote 39 and Covid replacement Adam Mansfield (pictured above) 21, but no-one was able to play a significant innings.

Stolworthy took out the top three batters before spinners Ryan Findlay (17.1-1-76-5) and Cameron Graveling (9-0-52-2) got to work and claimed seven wickets between them.

Suffolk head coach Northcote said afterwards: “When you are struggling in a three-day match, it can be hard to come back from. It was brutal cricket.

“The first hour of batting each day is vital, and if you lose that you always struggle. We’ve lost it in all four innings (also the two against Lincolnshire) to date in the competition.”

Frinton’s Josh Frame, who was making his debut along with Rhodes and Luke Froggatt of Copdock & Old Ipswichian, has also tested positive for Covid to add to Suffolk’s concerns.

This defeat, coupled with their eight-wicket loss to Lincolnshire, means Suffolk occupy fifth and last place (the bottom team will be relegated) with two away fixtures to come.

Northcote said: “We will go to try and win at Staffordshire and then Bedfordshire, just as we tried to win here and at Bury St Edmunds, but we just weren’t good enough.

“Looking at the XIs, we’ve fielded the best XI available, but have been plagued by work commitments, injury and illness. We have every confidence we have the right group and it’s only a matter of time until we see results swing our way.

“The challenge to survive is steep but achievable.”

Suffolk’s next match is away to Oxfordshire in the quarter-finals of the NCCA Trophy at Banbury CC on Sunday.

If you are interested in playing cricket for a club in Suffolk please contact us via the contact button. We can give you details of a club near to you!