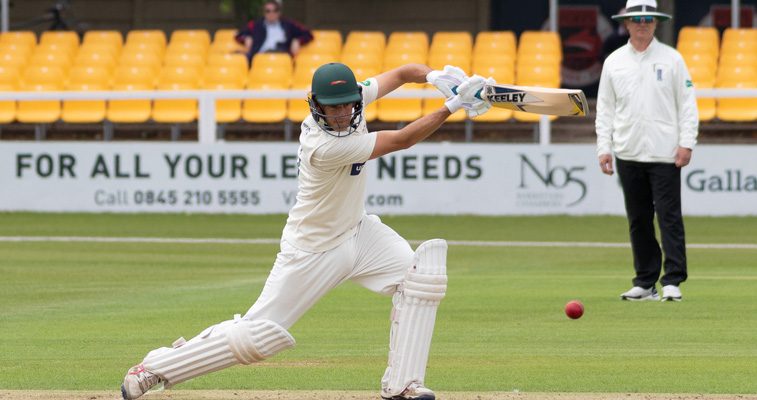 Neil Dexter says he is ‘extremely excited’ to join Suffolk after signing as the county’s white-ball professional for the 2020 season.

Suffolk have moved swiftly to sign the former Kent, Middlesex and Leicestershire all-rounder due to Jaik Mickleburgh being unable to commit to playing in the opening half of the season.

Dexter, who left Leicestershire after four years at the end of last season, said of his return to Suffolk: “I am extremely happy as I always followed Suffolk when I as there playing for Sudbury.

“I remember (ex-England opening bowler) Devon Malcolm was playing for Suffolk at the time. I have always wanted to make a return, so this is just perfect as this is where it all started for me in the UK.”

Dexter, who has recently signed for Birmingham Premier League side Knowle & Dorridge CC, described his season at Sudbury as “one of the best years of my life” and so it was wasn’t a difficult decision to sign for Suffolk.

He said: “I made some true quality friends which I am still regularly in touch with today. It made me grow into a man, both on the field and off the field.

“It was also the start of my career as a professional as I had a trial with Kent CCC that year and played a few 2nd team games for them as well.

“I was delighted (to learn of Suffolk’s interest) as this has been something I didn’t need to think long and hard about. To also see my friends in the area which I made many years ago now will be great too.”

Dexter said of meeting up with his new team-mates: “I am sure that will be in the near future as it would be good to get to know everyone before it all starts as I don’t want to be that guy that just turns up for games. I like to be part of it all – I want to play a big part in the success of Suffolk.

“I feel my best years of cricket are still ahead of me. I have been staying on top of my fitness and my body feels really good, so hopefully I can contribute in a big way when the time comes.”