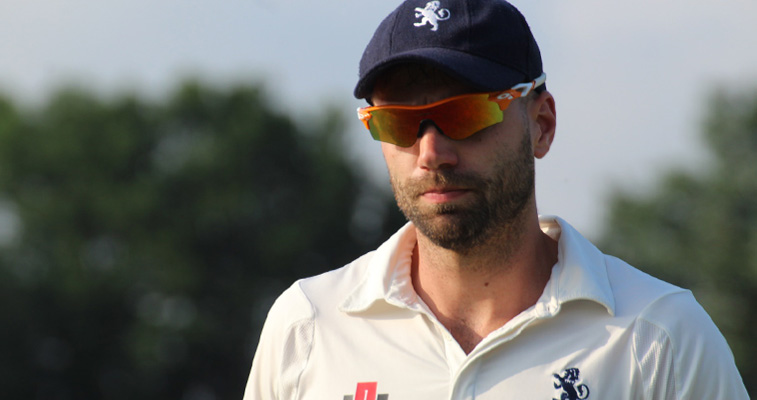 SUFFOLK produced the ‘complete performance’ to storm to the top of the National Counties Cricket Association Eastern Division One table.

They demolished Lincolnshire by an innings and 78 runs inside two days at Sleaford CC to sit top ahead of their final three-day fixture of the season, against Staffordshire at Copdock, starting on Sunday.

Monday’s victory saw Suffolk collect the maximum 24 points available for the second time in their three matches so far, after they completely outplayed their hosts.

Head coach Andy Northcote said: “Having arrived early and assessed the wicket, we feared another huge scoring game like 2012 when we last came to Sleaford. It looked absolutely flat with limited chance of wear and tear, so losing the toss was not ideal.

“In reality, it played much the same but fortunately, through exceptionally disciplined bowling, and some mediocre batting, we were able to break through the bulk of the Lincolnshire line-up with the new ball.

“Matty Wearing, having struggled with the pink ball the day before, bowled with some good control, swung the ball nicely and picked up his second five-wicket haul in as many completed games.”

Wareing returned figures of 13-5-28-5 and received good support from Joe Gatting (3 for 38) and Tom Rash (2 for 34) on his return to the side following a calf injury as Lincolnshire were dismissed for 160 in just 49 overs.

Suffolk then racked up 404 for 8 in their reply, Kyran Young and Joe Gatting top-scoring with 84 apiece, while there were also half-centuries for Darren Ironside (54), Ben Parker (58) and Ben Shepperson (55).

After losing Alex Oxley for just a single, Ironside and Young added 102 for the second wicket and Young and Gatting 121 for the third, before Parker and Shepperson contributed 89 for the fifth.

Northcote said: “Our batters, did what was expected of them and scored big runs. It would have been great to see one of them crack on and get 150 or 200 because it was the perfect opportunity to do so, but with the ball swinging around for the full 90 just about, it was not to be. Everyone chipped in and to pass 400, was simply fantastic.”

That left Lincolnshire, with a first-innings deficit of 244, to potentially face 170 overs and a tricky decision on how to approach the remaining time within the game.

After opener Joe Kendall (49 off 110 balls) and No.4 Dan Freeman (47 off 123) had been dismissed, Suffolk worked their way through the rest of the home team’s batting line-up.

Rash (20-5-54-3) led the way and there were two wickets apiece for Young, Wareing and skipper Jack Beaumont as Lincolnshire folded for 166 second time around.

Northcote added: “Overall, it was the complete performance and one that I don’t think I have witnessed from a Suffolk XI. Everyone chipped in, good catches, fantastic ground fielding, solid batting and disciplined bowling.”

Matt Wareing, who took seven wickets in the match as Suffolk defeated Lincolnshire in their NCCA Eastern Division One match at Sleaford CC. Photograph: NICK GARNHAM