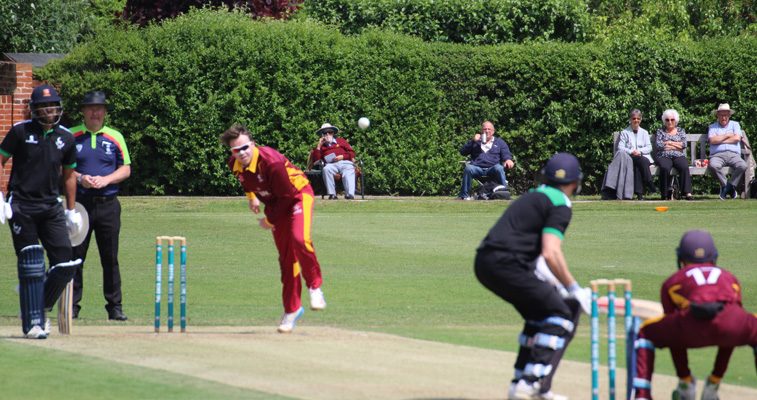 Jack Beaumont said he was both surprised and humbled to be named Suffolk’s white-ball captain for the 2020 season.

The Copdock & Old Ipswichian all-rounder, who is currently playing and coaching in Australia, has been named as successor to Adam Mansfield, who stood down from the role last season.

Mansfield subsequently quit as skipper of Suffolk’s red-ball side as well, but no decision has yet been made on who will lead the county in Eastern Division One of the newly-branded National Counties Cricket Association next season.

Former Culford School pupil Beaumont, ironically, formed a successful opening batting partnership with Mansfield in the second half of Suffolk’s white-ball campaign in 2019. The 24-year-old, who is currently player-coach for Ashwood CC in the Eastern Cricket Association in Melbourne, said: “Initially I was surprised that I was being offered the role as it never crossed my mind that I was in the county’s thinking to take it on.

“However, after the dust settled, I was humbled to have been given the opportunity to captain this great county.

“I’m really grateful for this opportunity and so looking forward now to get going and working with coaches Andy Northcote and Paul Davidge to create a side and culture capable of pushing for some silverware in the future.

“I always thought that it is a role I could take on, however I never thought I would actually get the opportunity to try. Hopefully everyone will get behind me and help me grow into the role and with this I am sure we will succeed as a county and that will show in our performances.”

Beaumont praised his predecessor Mansfield and said he believes there is enough talent in the county for Suffolk to become a force in white-ball cricket.

“I believe we have the ability and talent in our county to be consistent white-ball cricket performers for many years to come.

“I think Adam has done a brilliant job over the last few years, creating that culture where all the boys work hard and fight for each other in each aspect of the game.

“That’s something I really want to continue with and hopefully this also gives the opportunity for a slightly different approach on the field and can get us back to winning ways in white-ball cricket.”

Beaumont, who is not due to return from Down Under until mid-April, said he hopes to bring greater consistency to Suffolk’s performances, after winning and losing against all four of their opponents in last season’s T20 group games.

“Results over the last two seasons haven’t gone our way, however when we have performed, we have shown a number of times that we have match-winners capable of beating any side in both the batting and bowling departments.

“Over the winter the boys will all be working hard to try and hone our white-ball skills ready for our first game in May and building that culture and confidence in their skills to be able to perform consistently in high-pressure situations.”