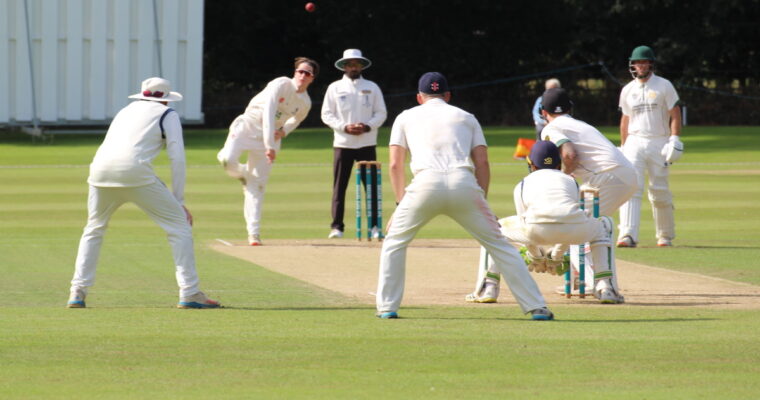 Suffolk need to stick together

SKIPPER Jack Beaumont says his Suffolk side need to continue to stick together as they enter their season-defining final two matches.

Suffolk head to Staffordshire in their penultimate National Counties Championship Association three-day fixture at Checkley CC on Sunday, start 11am.

After heavy losses in their two matches so far – at home to both Lincolnshire and Norfolk – Suffolk sit bottom of Eastern Division One ahead of facing both Staffordshire and Bedfordshire away.

Beaumont said: “Of course it goes without saying that this season so far in the Championship has not gone the way we would have expected. However, we are lucky that our status in Division One is still in our hands.

“A strong performance this weekend against Staffordshire is needed and then hopefully we can take this into what is potentially shaping up to be a big game against Bedfordshire the following week.

“The side is not too different from the Championship-winning side from last year so we have to continue to stick together, back our skills and have the confidence to perform in these remaining matches.

“Staffordshire always try to play a positive and aggressive brand of three-day cricket, so this will be a great test for us. We will need to put in a much stronger performance to beat them away from home, however we can definitely draw on the experience from beating them in that high-pressure game last year at Copdock.”

The Suffolk side shows three changes to that which lost to Norfolk – Andy Northcote has a dislocated shoulder, Ben Shepperson is unavailable and Josh Frame is left out.

In come Michael Godwin, who made his debut against Lincolnshire but suffered a bout of food poisoning after day one, Josh Cantrell, who missed the Norfolk match due to his graduation ceremony, and wicket-keeper Jacob Marston.

Tom Rash, who was unavailable for the Norfolk match due to harvesting, is again absent as he is also nursing an injury.

Beaumont said: “Although there are some changes to the side we still have plenty of match winners as part of the team. We have lost some experience in the form of Andy and Ben, however we have plenty that have played a lot of National Counties cricket and some with some great memories against Staffordshire from last year.”

“George has been excellent for us so far this season with bat and ball in both the one day and three-day format. On and off the pitch he has been great addition to the group and the experience he brings to the side will be invaluable and hopefully as a team we can put in a strong performance,” added Beaumont.

Josh Cantrell is pictured above bowling in the tense Eastern Division One title-decider versus Staffordshire at Copdock last season.